Are we seeing too much red?

In April 2011, Christian Louboutin filed a lawsuit against fashion house Yves Saint Laurent for infringing Louboutin’s trademark. Louboutin’s claim is against YSL featuring a shoe designed with red outsoles in its Spring 2011 collection.

Naturally, in response, YSL is questioning the validity of Louboutin’s trademark. YSL also claims to have manufactured shoes with red outsoles since the 1970s–Louboutin only officially stepped into the shoe scene in the 90s. He obtained his red sole trademark in 2008.

Immediately thinking of how the red bottoms are not functional and have become widely recognized as a Louboutin shoe, I thought the trademark would unlikely be successfully challenged by YSL.  Also remembering that Louboutin was successfully taken to court for its blue-soled wedding shoes I thought Louboutin would be similarly successful in his lawsuit.

I am now voting against Louboutin on this one simply because he was not the first to think of, produce, or sell shoes with red outsoles.

Given that Louboutin trademarked something that was already in use by other fashion houses, I cannot imagine his registered trademark will hold up how he expects. Yet it is still unknown how this case will turn out.

I wonder what would happen if this case were to have been filed in Paris instead of Manhattan.

On the topic of Louboutins, the heels are gorgeous but for me they are all too often difficult to walk in for long periods. 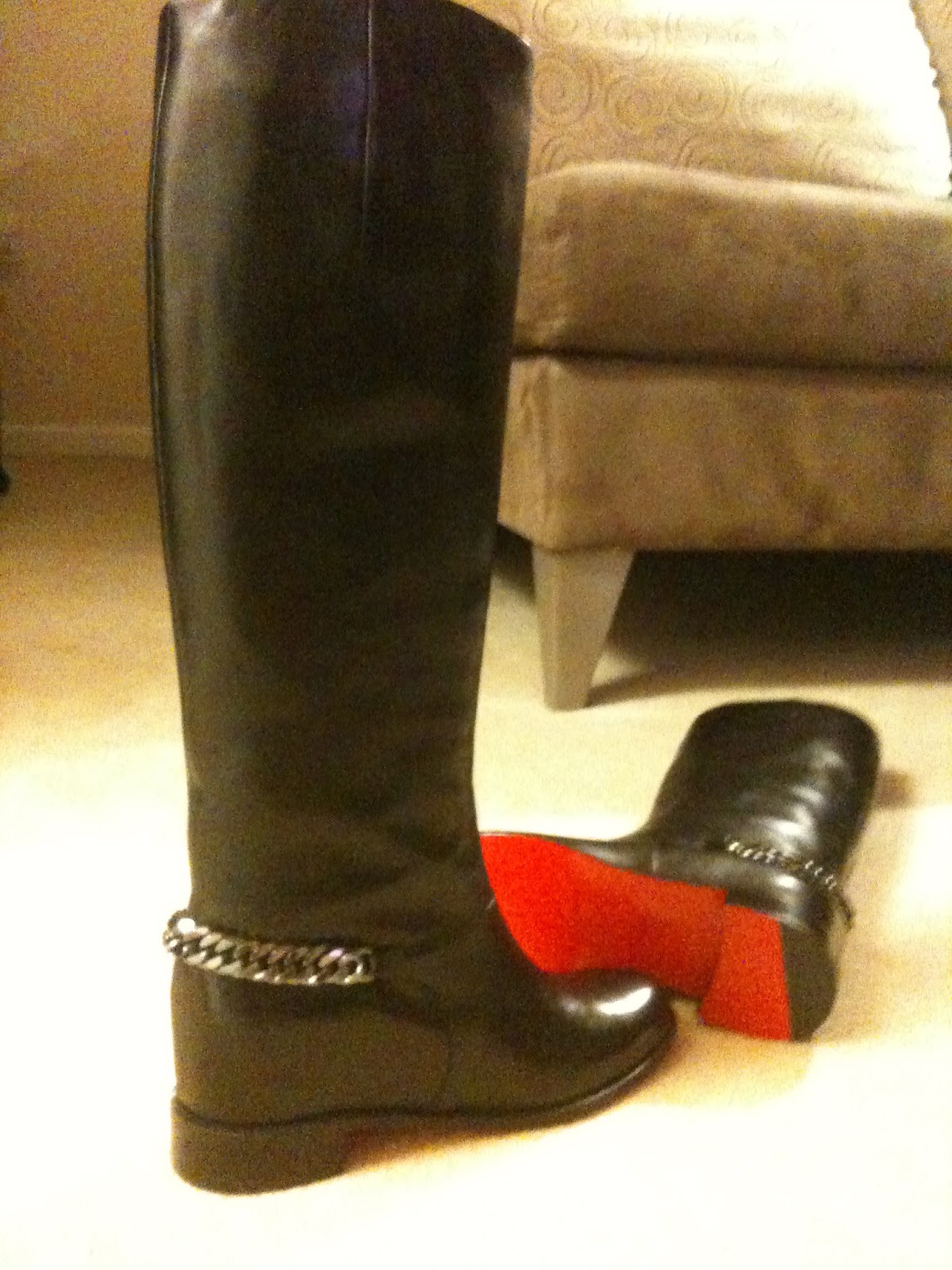 In the last two years, I have collected three pairs of this same boot–not because they get messed up (that is what vibrams

are for) but because I want to have them forever!! These are the most comfortable shoes I have ever owned. If you are a petite woman looking for boots that fit, these may also be your answer. The calves have a slimmer design than most boots and have a rounded tapering design that will camouflage loose areas and comfortable fit your denim.

While I would not suggest them for a business wardrobe I can attest that the calf part is narrow enough to wear under work pants (specifically Theory suiting and Express editor pants) without detection. Worn with jeans tucked in the boots are also one of the snuggest I’ve found and it is hard to find a tall boot that works well for petites.