Elle Magazine is going after a young fashion designer. The designer, Elle Sasson, is being targeted because of her name.

In the clothing world, “Sasson” may hold more weight (or rather, possibility of causing confusion) than “Elle.” Sasson’s father, Maurice, is the renowned fashion designer behind Sasson jeans. —Sasson jeans were a hit during the 1970s.

I only say the Sasson name may hold more weight because people like me who were not around to witness the fame, may not recognize the name. I did however, fairly recently learn of the Sasson jeans craze through “Cristela.”

Check out the short fashion law clip below.

Anyway, Elle Magazine sent Elle Sasson a cease and desist letter. This letter demanded that Sasson drop use of her first name.

The letter claimed that Sasson’s use of Elle would cause (1) customer confusion, (2) detriment to the magazine’s reputation, and (3) trademark dilution. 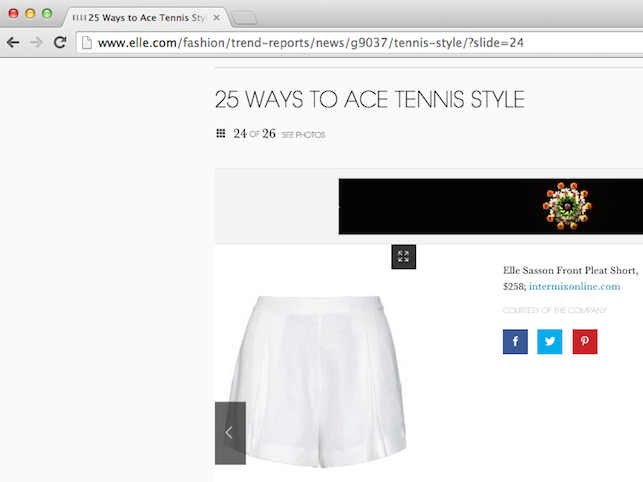 Sasson is now seeking a declarative judgment stating she is not infringing the magazine. Using your own name as a trademark is not an automatic right; however, here it seems Sasson should be able to use her name. Elle magazine’s allegations are weak here as confusion and infringement are unlikely to be found.