The hangover that won’t go away

In December, Warner Brothers was sued a second time over the ‘Hangover II’ 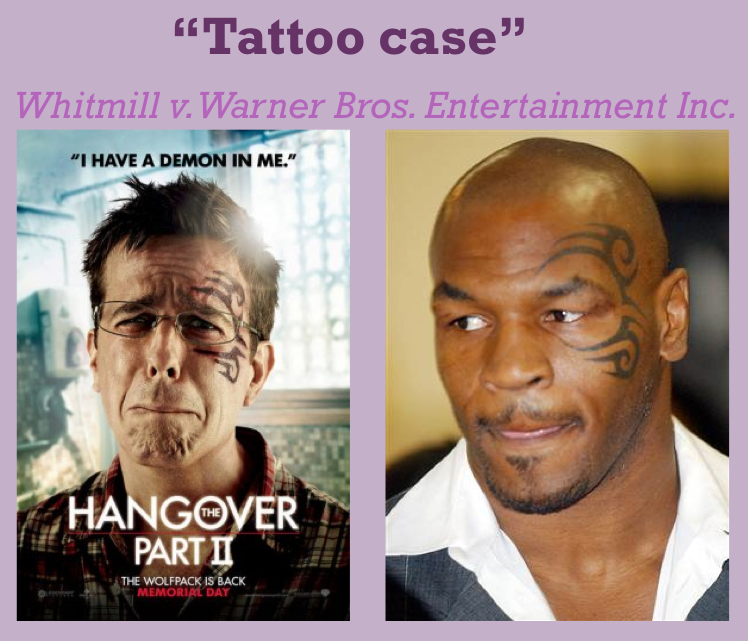 Mr. Whitmill, who created a unique and recognizable design and tattooed it onto the upper left side of Mr. Tyson’s face, claimed that Warner Bros. Entertainment Inc. unlawfully appropriated the design of his tattoo in “The Hangover Part II.”  This copyright law case ultimately settled.


Now a new case has come up and the plaintiff is Louis Vuitton Malletier:

If you weren’t aware, Louis Vuitton vigorously protects its toile monogram. So, unsurprisingly LV filed this suit claiming that the studio used a counterfeit LV in the film and that such use violates Louis Vuitton’s rights.

LV claims the infringing use causes or may lead to consumer confusion, generated gossip and Internet buzz about whether or not Alan’s bag is real, and caused further harm when the studio refused to edit the bag scene before releasing the movie on DVD.

I wonder who was in charge of the clearance issues for this film!

Do you think the person who was supposed to do the IP clearances should be exiled from Hollywood punished or never used again by the studio or do you think the cases brought against the Hangover II were frivolous?
LV says they put Warner Bros. on notice regarding disapproval of such use but the studio kept the scene. So, LV is requesting an order to destroy all copies of the Hangover II and promotional materials that contain the airport scene with the fake bag.
♥ Thanks for reading and supporting my blog! ♥
Business of FashionCopyright LawEntertainment lawFashion LawIntellectual PropertyThe Career WardrobeTrademark Law

What to wear to work on Valentines Day